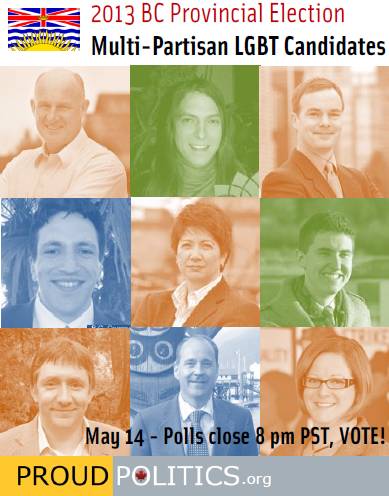 ProudPolitics would like to wish all openly LGBT candidates who are running in the 2013 British Columbia provincial election, the best of luck and success.

Tomorrow, on May 14, polls open around the province from 8 AM to 8 PM PST. We encourage all BC residents to go out and VOTE!